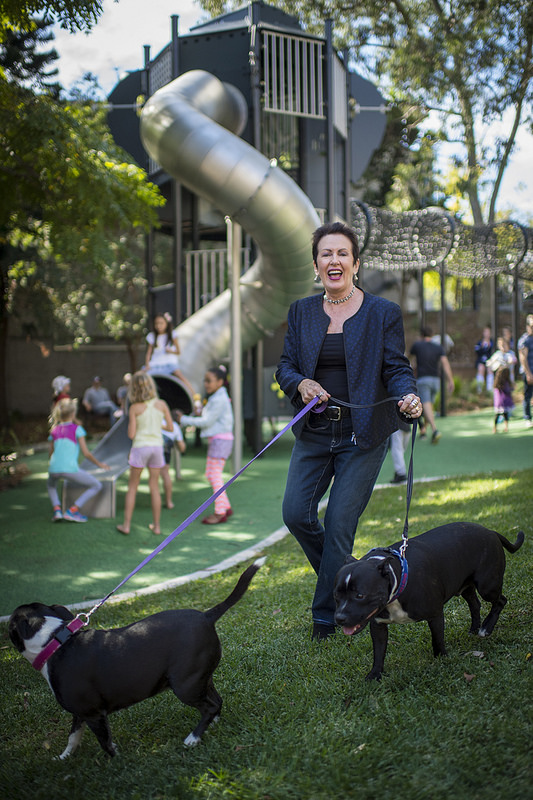 Proludic have provided an exciting custom-designed “Metropolis” play tower in the new inner city community park at Albert Sloss Reserve, Darlinghurst, for the City of Sydney. The park project was delivered in conjunction with the multi-million dollar upgrade of the East Sydney Community and Arts Centre. The Lord Mayor of the City of Sydney, Clover Moore, officially opened the Centre and adjoining park on Saturday, May 6, 2017.

In the densely populated areas of Sydney an increase in the population has created extra demand on the City’s parks. The Proludic Metropolis Tower was selected because it has a relatively small footprint on the ground whilst still providing a significant play structure with lots of play opportunities for children. The small footprint of the tower enabled the provision of more grass garden areas in the park for the community to enjoy. 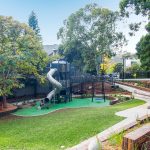 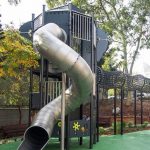 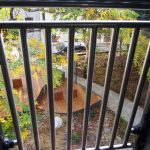 View from the Tower top

Throughout the design process Proludic worked alongside the project landscape architect, Spackman Mossop Michaels, to customize the colours and features of the tower, and to create a bespoke tunnel that connects the tower to an adjacent pedestrian pathway. The dark grey colour of the tower seems an unusual choice for a playground, but it was selected to complement the landscape setting of the park and the aesthetics of the adjacent East Sydney Community and Arts Centre. 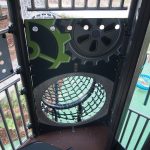 Tunnel connected to the Tower 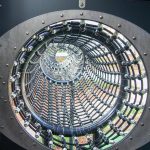 Tunnel from inside the Tower 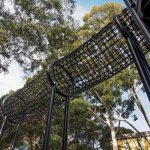 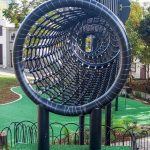 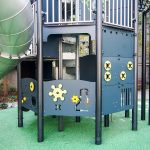 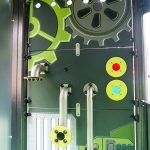 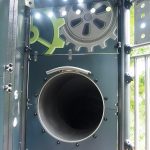 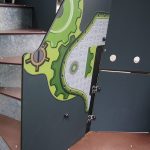 A higher level of excitement is provided by the thrill of sliding down the tall, twisting slide and the challenge of crawling through the elevated net tunnel – look out for crocodiles below!