Hughes Park provides a variety of innovative play equipment for children of all ages and the young at heart. Designed by Lane Cove Council’s landscape architects, the park also includes a braille walk, fitness equipment and a community garden. A feature of the playground is Proludic’s award-winning Grafic Games play equipment including custom designed panels that provide a safety barrier to the concrete climbing wall. Graphics painted onto the climbing wall link with the graphics on the Proludic panels. What a creative way to incorporate artwork into a playground!

Watch our video made at Hughes Park playground: 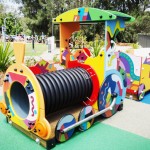 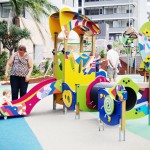 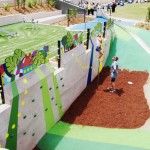 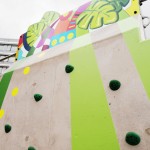 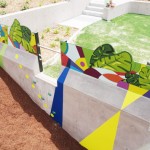 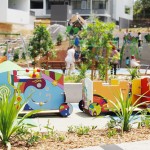 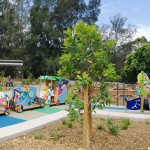 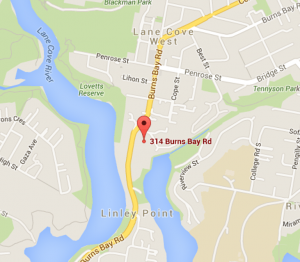