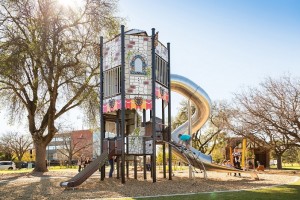 The City of Adelaide wanted to build a playground in keeping with the historical background of the playground that is relevant to its current use.

This was the perfect opportunity for a medieval castle tower from Proludic. Using its unique Grafic Games concept, Proludic has provided a giant tower with a medieval decorative finish.

The Medieval theme brings to life a period of history that fascinates children and adults alike. The play equipment is transformed into a castle, complete with shields, arrow slits, stone walls and turrets. The decorative aspect is further enhanced with banners, coats of arms and flags flying from the turrets. 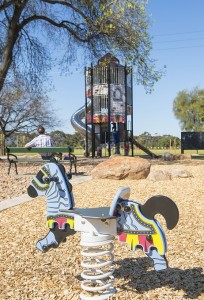 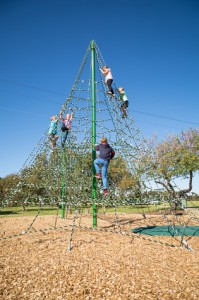 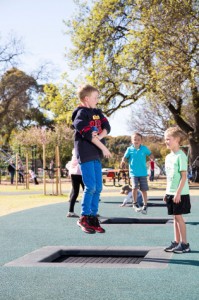 Henry the Horse Springer in Medieval Graphics has been installed close to the tower to match the playground theme. Older children enjoy a challenging net climber with Dynamo’s innovative Dizigotic which offers exciting climbing challenges on several levels, and energetic play.

Other Proludic equipment featured in the park includes a Pod Swing, Trampolines, Fiery The Dragon Springer, and the existing Ixo unit. 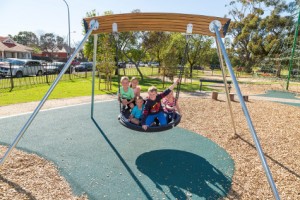 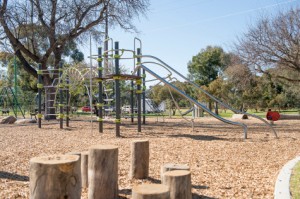 “The design of Princess Elizabeth Play Space allows for a diverse range of activities for children of all ages and encourages activity-based learning through play structures as well as opportunities for nature play. Children using the space have described it as ‘the bomb’, which is testament to its design and accessibility. Building on its name ‘Princess Elizabeth’, designers have incorporated the princess theme through elements which encourage imaginative play.” Comments by Peter Smith, CEO of Adelaide City Council